What To Do If You Think You're Being Followed

If you suspect that you're being followed, the most important thing you can do to stay safe is keep a calm and level head.

We've all experienced that feeling that we're being watched at some point in our lives, but for most of us it never turns out to be anything more than an overactive imagination. The risk of being followed is higher for some people than others though, particularly high profile or high risk individuals. Whether you suspect you're being tailed by a private investigator, a stalker, or a disgruntled co-worker, it's essential to your safety that you handle the situation carefully to avoid conflict and giving away sensitive information.

How To Avoid Being Followed

If you have reason to worry that someone may be following you, then there are several simple steps you can take to make their job more difficult.

Don't advertise your whereabouts on social media - Posting photos and checking in at locations on social media makes it easy for people to quickly find you and piece together your daily routines.

What To Do If You Think You're Being Followed

If you've been seeing the same person or vehicle in multiple places and have your suspicions that someone may be following you it's important first and foremost that you stay calm and alert.

Confirm your suspicions - Before you panic or take any further action, you should confirm that you are actually being followed and it's not just coincidence that is making you nervous. Whether you're on foot or in a car, you can do this by safely making an unpredictable or unusual manoeuvre, like going around in a circle, or travelling back on yourself. If the car or person does the same, then there's a good chance they're following you.

Don't go home - The person following you may not yet know where you live, so you don't want to lead them there. Instead, go to a neutral safe place. You also don't want to end up in a situation where you're alone with the person tailing you. You need to inform someone, so be sure to get on the phone and give live commentary.

Stay in busy, public spaces - Rather than going home, remain in busy, public, well-lit spaces until you're confident that the person has gone, or you have raised the alarm or called for help. If you can get to a shopping area, you could seek help from a store security guard until the police arrive.

Call the police - If at any point you feel threatened or like you are in immediate danger, don't hesitate to call the police.

Employ the help of a countersurveillance - If the person following you is a professional private investigator then it can be very difficult to identify or track them down. This is because they use professional equipment and techniques and often have multiple people and vehicles, making it less obvious that you are being tracked. If you are concerned about being followed or tracked, hire the help of a professional countersurveillance service to investigate and prevent further intrusion.

If you are concerned about your safety, speak to our team of professionals here at Stratis Secure about our range of personal protection and security services by giving us a call on 01774 778 313. 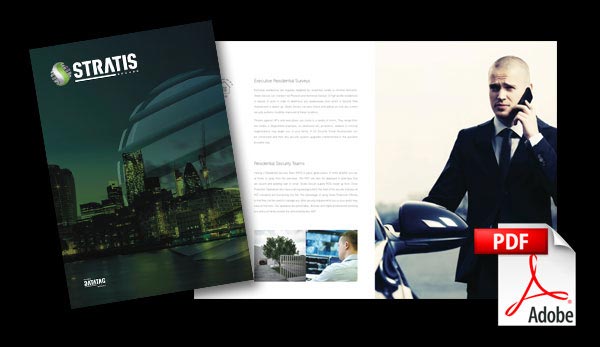